Our collaborative partnership is fulfilling a need for affordable senior housing with supportive services in Toledo with the Thurgood Marshall Senior Apartments. The proposed development is an adaptive reuse of the historic Thurgood Marshall building, a former Toledo Public Schools elementary.

When reactivating a vacant space in a community rallying for change, becoming a good neighbor and positive ally is the most essential aspect of the project in the eyes of the community. Community Building Partners‘ alignment with the Area Office on Aging, NeighborWorks Toledo Region, and Lucas Metropolitan Housing Authority is creating a partnership dedicated to and already working in the North End neighborhood in Toledo.

Thurgood Marshall Senior Apartments will fulfill a need for high-quality housing for the underserved and vulnerable senior population in Toledo and Lucas County. 86 units of affordable senior housing are planned, preserving the historic building formerly known as Webster Elementary, which was built in 1922 and has been the home of Toledo Public School administrators since the 1960s. The project also calls for the creation of a second annex building, which will compliment the surrounding neighborhood. 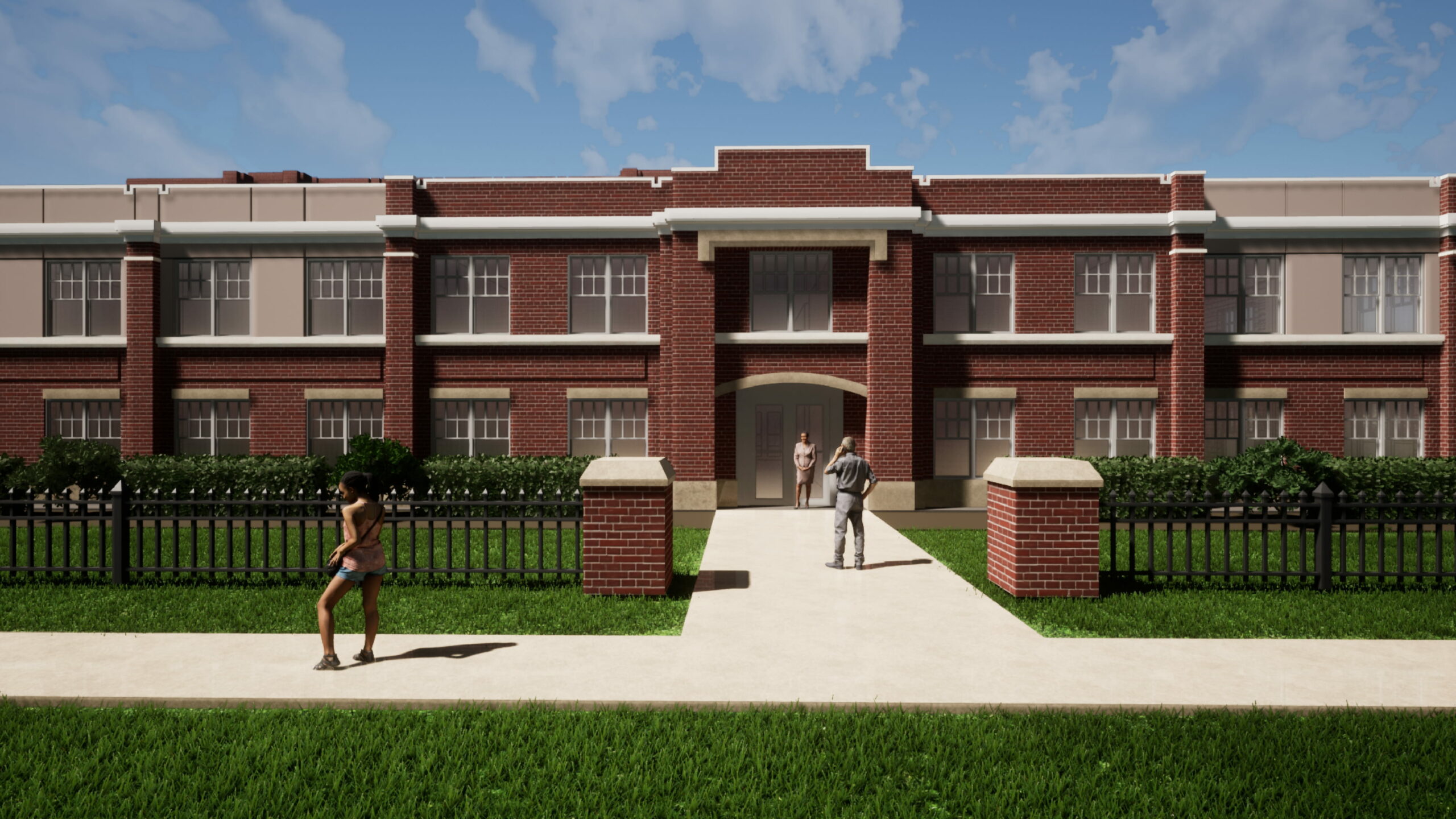 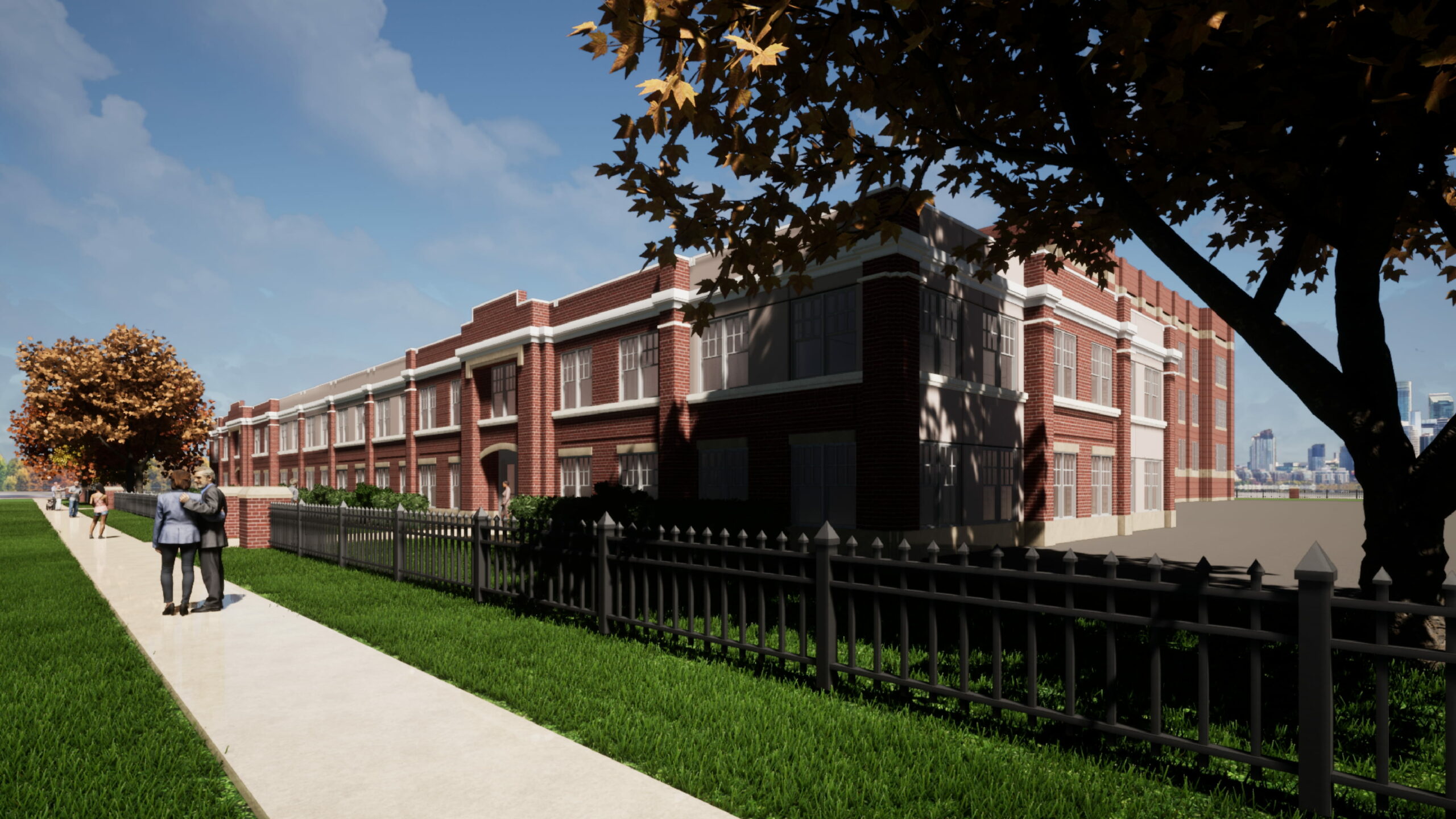 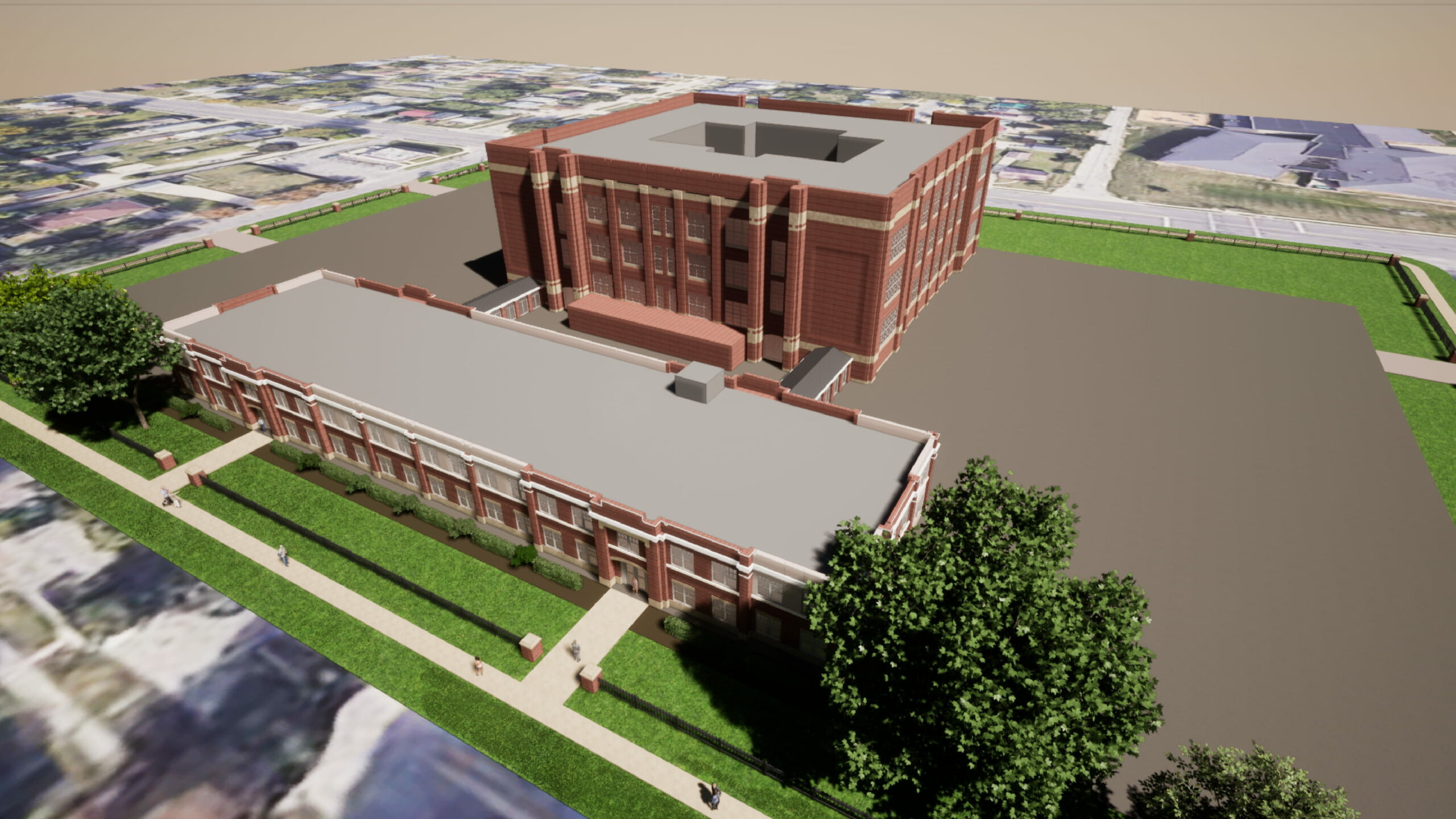 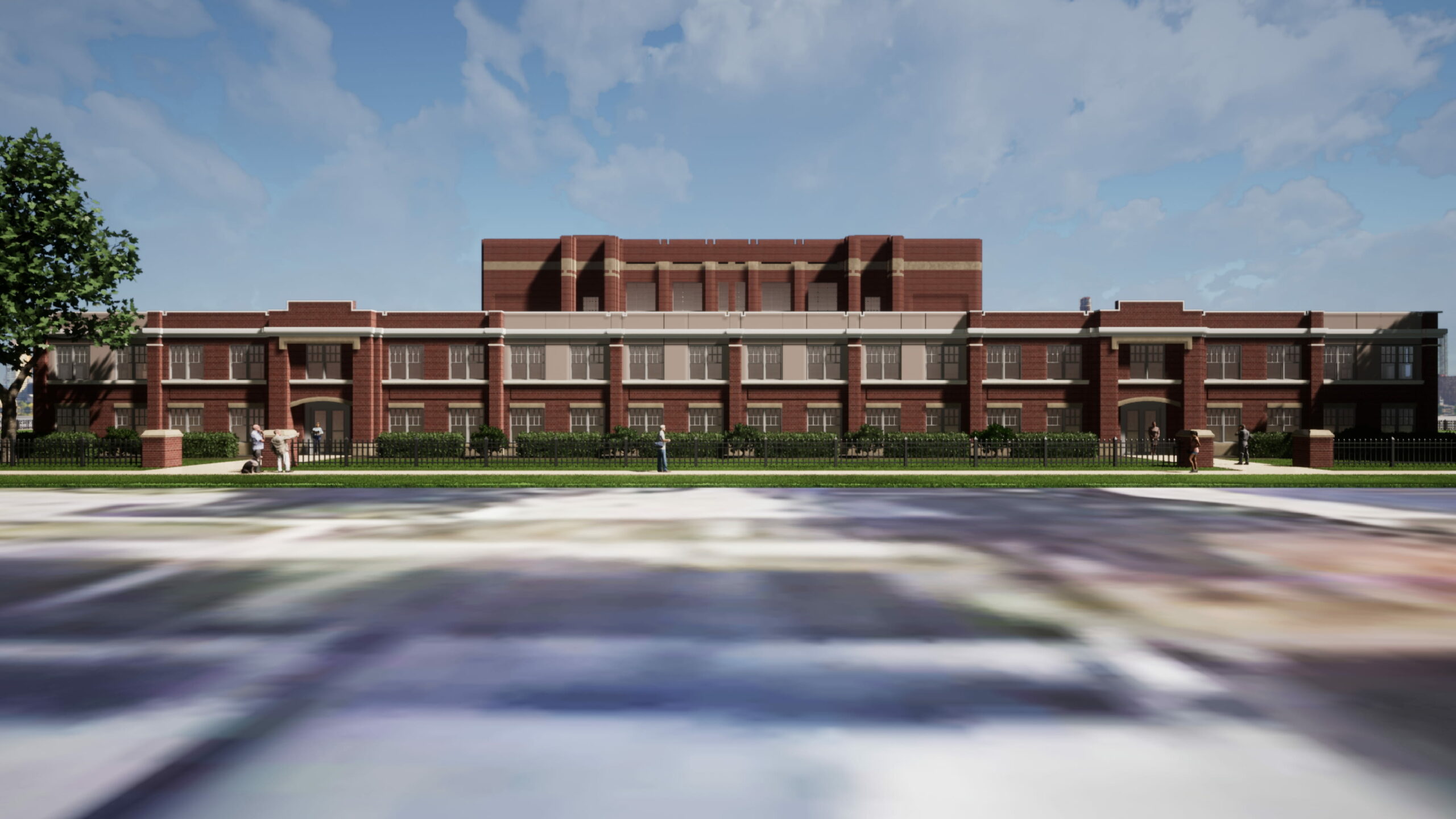 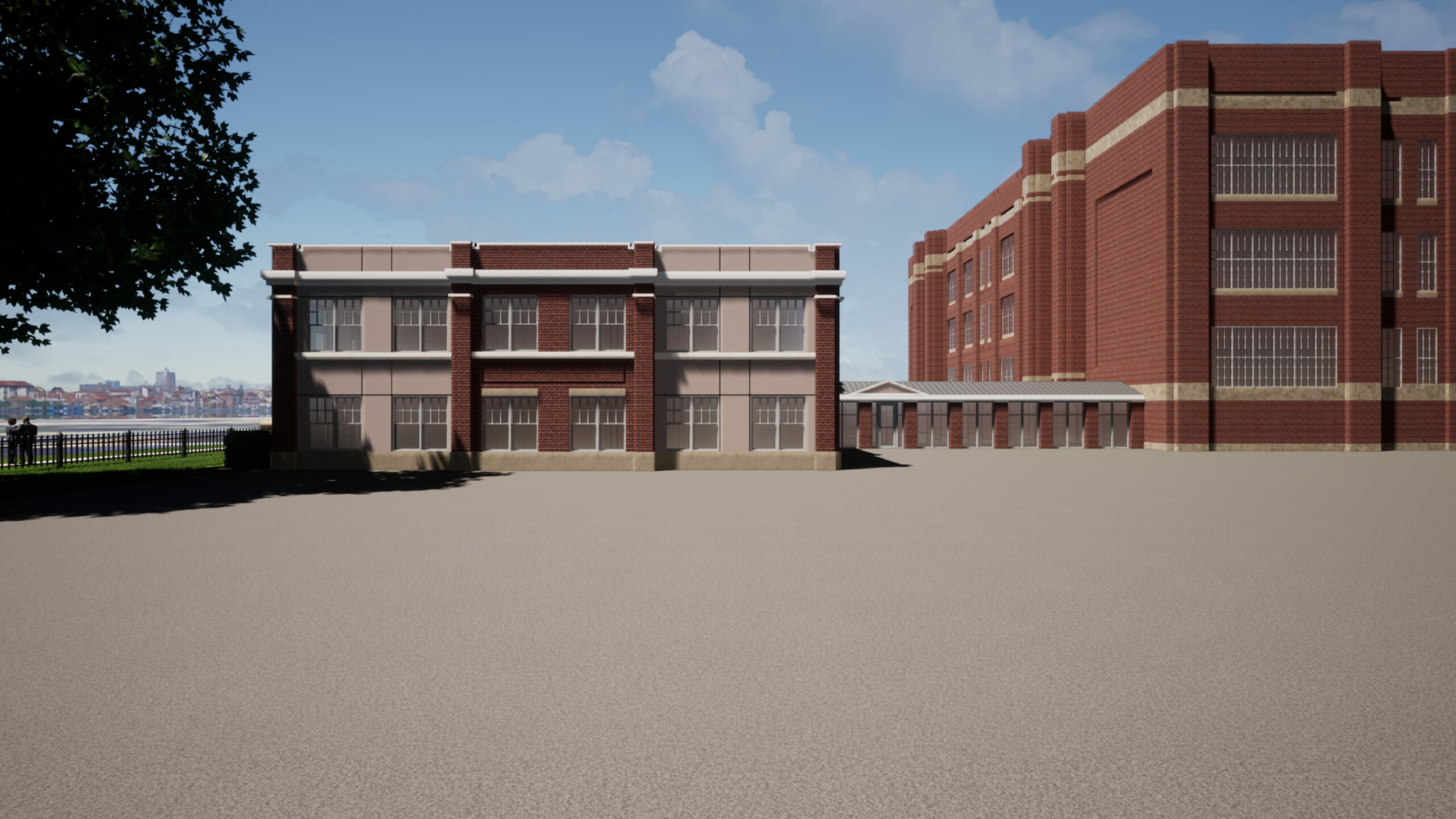 is the owner and developer of three affordable senior properties in Ohio, for a total of 136 senior residences. The Area Office on Aging is responsible at the local level for the development and implementation of a comprehensive and coordinated service delivery system for older adults residing in northwestern Ohio.

A nonprofit with a proven track record in catalyzing homeownership opportunities through homeownership support and engagement, NeighborWorks Toledo has considerable experience with affordable housing development. During the years, they have focused on preserving affordable housing by becoming the managing partner of six separate partnerships, holding a total of 152 single family homes.

Will it be just for seniors?

This project is designed to be affordable for a minimum of 30 years. More than half of these units will be for those with low income, equal to or less than 30% AMI, and all units will be rent-restricted.

What services will be provided?

A robust supportive service model is integrated into the operation of the community with supportive services coordinated by Area Office on Aging. The Direction Home Ohio Service Model includes but is not limited to:

This will be a secure facility with 24/7 on-site monitoring. The safety provisions taken at senior communities go above and beyond to protect senior safety since it is the main priority at these residences. This project will provide safe and affordable housing to seniors already living in this neighborhood and also repurpose a vacant building, helping to deter future crime.

Will the school be demolished?

The building will be preserved and rehabilitated as apartments. A two-story annex will also be attached and designed to compliment the existing building.

What is the timeline for this project?

The developers are working towards having plans finalized in 2023, and having the new and renovated buildings open in 2024.

How can I give feedback on this project?

This project is still in the preliminary phases: no construction has occurred, but some funding has been secured. The exact design of the project hasn’t been finalized but will happen after discussions with the city and neighbors. We are open to feedback on making this great for local senior citizens.

How will this be paid for?

A combination of loans from the City of Toledo and Lucas County, Bond Gap Financing, state and federal Historic Tax Credits, and state Low-Income Housing Tax Credits will finance this project.

How will this project affect my property value?

New construction and development near residential areas can increase property value as the city grows and new investment dollars are put into the neighborhood. Preserving a historic building maintains the character and reactivating a vacant building adds value to the whole area. Neighborhoods that thrive are home to a broad range of incomes and generations, and this project will help sustain the neighborhood.